“You have used your expertise to guide us into putting our ideas down in a systematic way. We are delighted to work with you; you are true professionals in the feedback industry.”
William Gallacher
SANBS 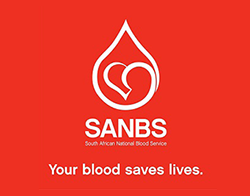 Since installing Comments Boxes to gather customer feedback in all 169 of their donor centres nationwide, the South African National Blood Service (SANBS) has introduced new initiatives to encourage more donors to give blood and current donors to give more frequently.

‍As a result of the feedback received, SANBS has now installed a WIFI solution in all its centres. Through the feedback it became obvious that there was a demand for WIFI services but management had no idea how strong the demand was until it started collecting feedback through the Comments Boxes. The Feedback Ferret Analytics picked it up as one of the leading negative topics mentioned in all feedback as well as being the top trending neutral perspective/suggestion.

‍Another initiative that has been re-ignited to increase customer satisfaction is their “Pint For A Pint” promotion. For every pint of blood donated, customers received a pint of beer. SANBS had run this initiative in the past but, not realising how popular it was, had suspended it after a few months. Feedback gathered through the Comments Boxes indicated that the promotion was sorely missed by customers and could influence how often customers gave blood. Needless to say, the promotion was quickly re-instated!

SANBS receive weekly, monthly, quarterly and annual reports from Feedback Ferret and have access to all the data via Ferret Explore online dashboards. A member of staff in each donor centre has been fully trained on Ferret Explore and as a result, can drill down into the perspectives to find out what customers really like and dislike and any suggestions they may make for improvements to the service.

The strength of the quality of customer feedback the South African National Blood Service has received via Feedback Ferret Comments Boxes is such that the organisation has now set all their donor centres ambitious targets for gathering more comments. Currently, 14% of all blood donors leave feedback via the Comments Boxes in the each of their donor centres and mobile units. SANBS has set a target for each centre to increase this to 40%.