“Vodacom are huge Ferret fans and it’s heartening to see the Ferret being used as an effective “Big Brother” system for managing complaints. There’s nowhere for staff to hide now and this is making Vodacom a more efficient and customer friendly mobile phone business to buy from for South Africans."
Bronwyn O’Neill
Business Development Director, Feedback Ferret South Africa 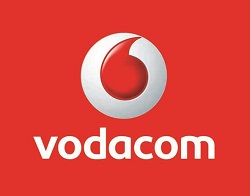 Vodacom South Africa was struggling to find a system that enables their branches to effectively manage customer complaints as well as enabling senior management to monitor how well local teams were dealing with these complaints. Vodacom found its solution in Feedback Ferret.

Under-performing staff have been disciplined, re-trained, and in some instances dismissed;
A queue management system is being sought;
Management is now getting fast information about out of stock products.

Comments Box was installed in each Vodacom branch nationwide which allowed customers to give feedback while they were waiting in the shop. All the verbatim comments were fed into the Feedback Ferret text analysis engine. The results were reported via analytics but the real value to Vodacom was Ferret Respond which provided Vodacom with a solution for managing the complaints. Ferret Respond is accessible by branch managers, regional managers and Head Office, thus giving head office an easy to use window through which it could monitor how each branch was dealing with customer complaints.

The overwhelming majority of the complaints received concerned queuing, staff attitude, staff availability and product availability. Queuing times were too long, some staff were lazy and rather than servicing customers, preferred to play games on their mobile phones, there were not enough staff available at times, and often products were out of stock.

One of the great advantages of the Comments Boxes was the facility for customers to write as much as they wanted. Rather than just filling in a tick box survey, customers started naming the lazy or inattentive staff and giving full details of the products they could not buy on the spot.

As a result, under-performing staff have been disciplined, re-trained, and in some instances dismissed. A queue management system is being sought and Vodacom has realised the extent of this problem which is bigger than it originally thought. Management is now getting fast information about out of stock products, direct from the customer and this has led to a change in logistics. Some products are now couriered from other branches (rather than waiting for stock deliveries from the main warehouse) to reduce the waiting time for customers.